Yangon City On the subject of cleaning the unattended brooms in Mingalar Taungnyunt Township: 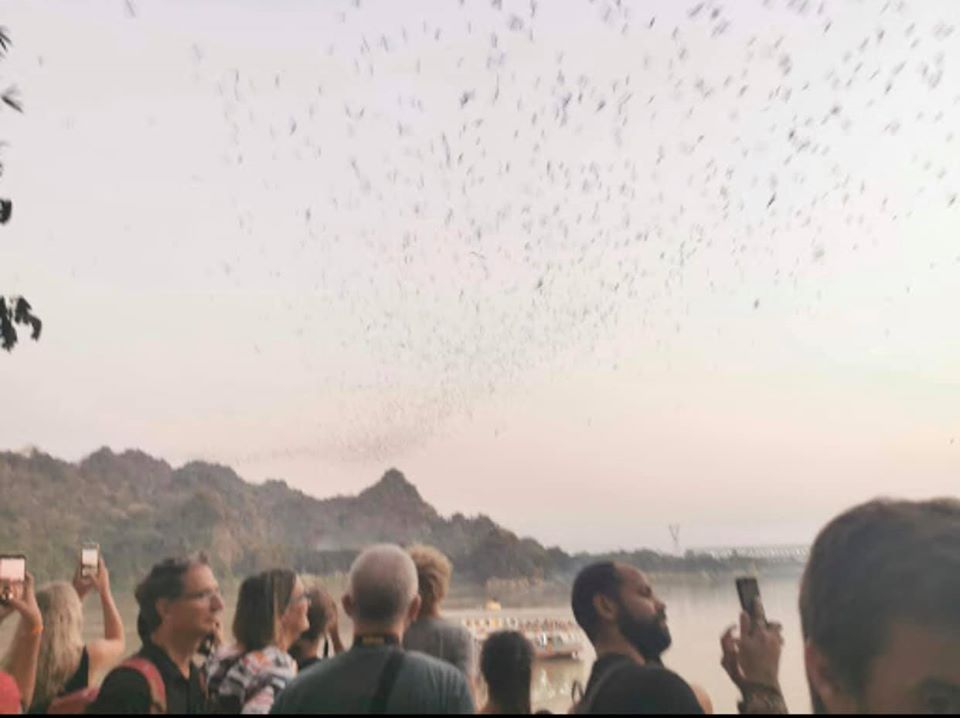 Section 1
The outbreak caused by Wan Hancavirus (COVID 19) is currently spreading in many countries.

I was shocked to hear that I had been told to clean the lice. Because how much knowledge would the clearing house have? When it comes to cleanup, it is important to know how it will affect the ecosystem.

Many questions have been raised as to whether this can be caused by the rotavirus virus.

Why do I say that I did my PhD research and did research. The research of lactation research has been ongoing since 2002. Let me tell you a little about the milk, and it can be divided into two types of milk.

They often find food at night and rest at their places in the daytime.

Fruits are often eaten one by one. They eat only the flesh of the fruit and cannot destroy the seeds. And they fly away while looking for food. In contaminated areas, new seeds emerge from the dung seed. Therefore, fruit milk is important as a seed dispenser in the forest regeneration. In addition, there are milk suckers in the fruit juices. They also carry out the process of pollinating the pollen and the pollen. Therefore, pollinators are useful as pollinators.

The second type, insect bats, are insect pests that grow on farms. Mosquitoes eat mosquitoes every night. Insects by their presence. Mosquitoes are important for biological control without the use of chemicals and chemicals.

In addition, lacquer can be used as fertilizer.

These dolphins often live in groups of millions. This type of dolphin is found in many parts of Myanmar.

I want to say that the presence of bats themselves does not affect people. I’ve been doing my own research and research on bats for many years. So far, no disease has been done to handle them. Bed bugs have external and internal parasites, but they do not cause disease.

These types of dairies are so large that they contract to sell their manure to fertilize.

The same is true of the lactating milk in Hpakant. Barcamp villagers have been contracted to sell lacquer chilli for sale.

The cave was discovered by the Smithsonian Institute in the United States.

In 2016, I joined the Smithsonian Institute and the Predict-Myanmar team to visit the lions in Hpa-an. Our team also sampled the dolphins and studied its associated viruses.

Before we left there, we trained us first in Rangoon to wear a self-defense suit (PPE). When you enter the cave, you must also enter the suit. I had never been to PPE before. When we arrived at the cave, we called the lactation contractor in Barcamp, and when we entered the cave, we did not wear clothes like ours. So the foreigner asked what the woman was. He has no disease. The dolphin is draped with the elbow. The foreigner was surprised and asked the villagers what the disease was. Did you know that pets were dead? No one is sick. They were not surprised to see the animal dead.

I mean, just because there are bats, they can’t attack people. They live in a place where there are no people. There is no new virus in Myanmar. So do not worry too much, and those who work with lactose need to protect themselves against disease.

In addition, when the bats in the bar are out for a night out, foreigners come to see the crabs in the cave. It is also a Tourist attraction and it boosts foreign income for the country.

This year we also have two MSc students who are studying parasites in lice. They are now wearing gloves and masks and researching lice.

The dolphins live in plants in the courtyards of their homes. The dolphins I did my PhD research were from about 40 years ago on the big trees in the monastery. There was no impact on the people in the school.

Therefore, if we were to worry about the elimination of bats, we would lose our country’s livelihoods, lose our ecosystem and suffer.

Now that everyone knows what the serious disease that is happening in China is, so I appeal to people not to use the bats that benefit humans.