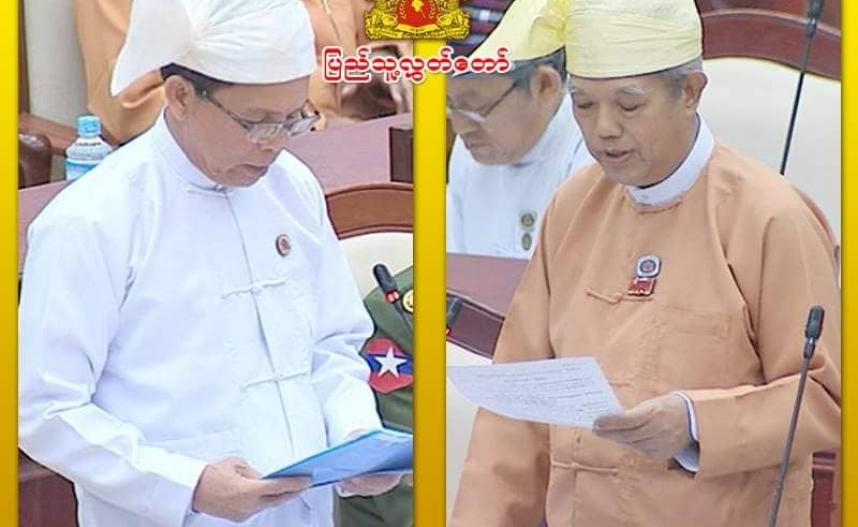 Naypyitaw February 19: Immigrant families and citizenship identification cards cannot be issued to migrants in areas without the authority’s authority in the country.

On February 18 parliamentary meeting, Myawaddy, Karen State in Burma, the chiefs elected in districts diamond invasion is assigned a list of households with families as families with no invasion assigned issuer stones need to know how to manage records I asked.

The Deputy Minister added in response to the inquiry.

Government land in the country; Forest land Land in the canal Railroad tracks; Immigrants are temporary immigrants who are not allowed to enter the countryside, such as car parks, sidewalks, and car parks. It is not possible to do so because it is inconsistent with the procedures.

The Deputy Minister said, “The number of households is being verified by the Ministry of Home Affairs in accordance with the existing legal procedures. We will be able to verify the registration of any type of registration that should be held, ”he said.

Local migrants will be classified as ordinary migrants and temporary migrants depending on the type of residence in the area of ​​residence.

In addition, temporary residents can be classified as intruders and casualties, and occupants include those in government-owned land, forested areas, sidewalks, railroads, and administrative areas not allowed by the administration.

The government intends to ease the process of relocating the existing household population and relieve the migrants from their respective township offices without the need to go to their place of origin. It is learned that in the area where the population is being issued, the population is in line with the law.

The Citizenship verification process has been underway since May 2016.