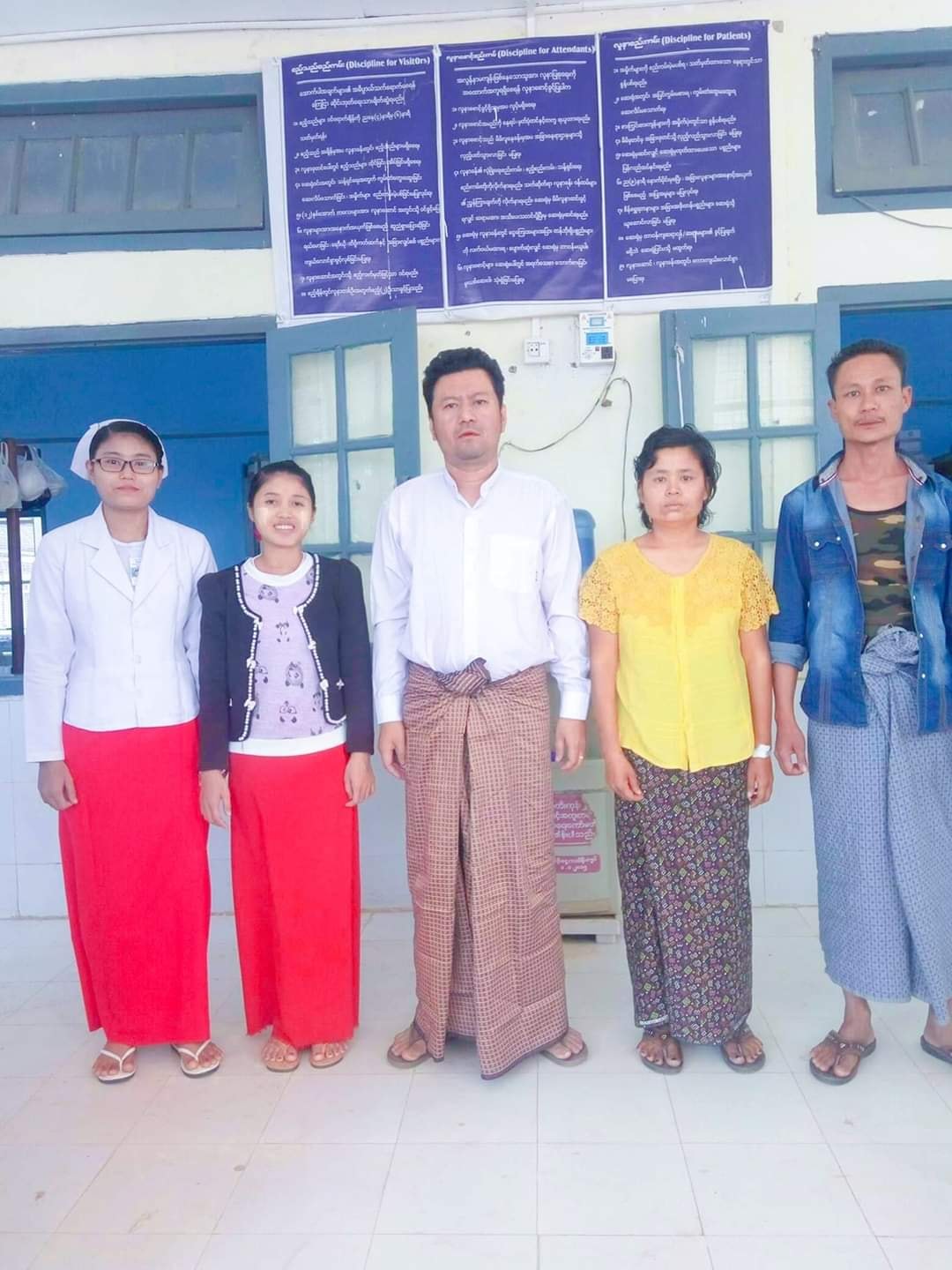 The township informs the ministry. The eight-hour MRTV news coverage. A suspect in Wan Hin virus hospital is being hospitalized at the Pyin Gone Township Hospital. When the news was announced by Myanmar Broadcasting, there was no town for the whole town. No one was afraid to go to the patient’s room, and no one was allowed to inject a single patient in a separate room. The whole town had to flee from the village of Pathein. The only thing to commend the township health department for doing so is to commend Dr. Than Naing Lin, a circuit doctor. With an N 95 mask, I visit the patient every day and give a warm and friendly greeting.

The infection protection suit for staff was issued by the township, but as a doctor knows how to identify and limit a suspect’s infection, as a doctor, he did not even wear a PPE in the patient’s ward. He saw his goodwill again, and had no choice. The circuit doctor visited the patient in the morning and left the staff unwell. We just went to the doctor and turned around and talked to the patient and said, “Why are we afraid to go?” Once again, the doctor was recognized by the circuit doctor, and when the diagnostic test came out, everyone fell into a coma, but they did not know how to feel in the circuit doctor, but I highly respected the spirit of the doctor. A doctor who does not want to be responsible will be sent to the upper hospital but he will not be able to go to the hospital unless he has been discharged. Again, he must be respected.

Anyway, I respect all of the circuit doctors and the hospital staff in the hospital because of the genuine love and goodwill that the patients are allowed to come to the hospital today. Respect teacher