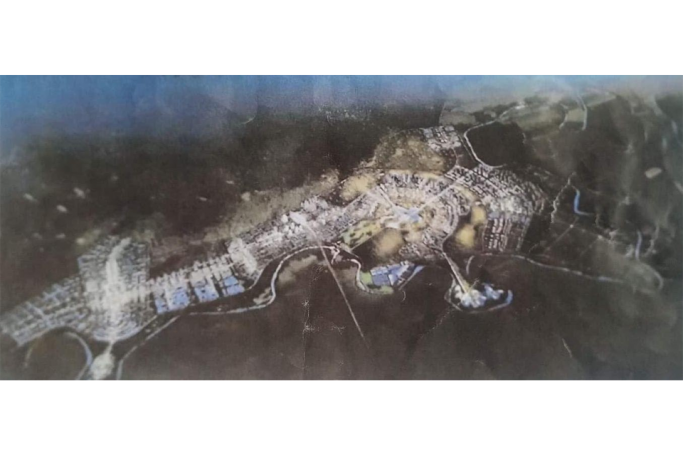 The most important trade route between Myanmar and Thailand is Myanmar. It is located in Kayin State and connects with Myawaddy and Mae Sot in Thailand. Despite this booming trade point, a new project, known as the Shwe Kok, has recently been secretly launched. Shwe Kokko is just a small fishing village located about 15 kilometers north of Myawaddy.

Although the Burmese project is superficial, it is actually a Chinese government expansion project. This is evident in the huge amount of money required for the project – 23.35 trillion kyats (US $ 15 billion). The same is true of Beijing’s bureaucracy in Beijing, as is the case with Chinese infrastructure projects. The Yatai Group is currently in the project. However, the corporate governance of the group is not limited. There is very little publicity or history of the past.

In mid-2018, the Myanmar Investment Commission granted the Thai government permission to undertake a small-scale development project in Shwe Kok. The original project was limited to 25 acres but later exceeded that limit and has now grown to 50 acres. By the end of the project, nearly 3,000 acres will be available. Casino Games Universities Offices It will include all housing developments and city features.

Who wins and who loses?

The development of rural development in post-poverty rural areas is generally welcome as incoming living standards improve living standards, but in this case it is clear that the beneficiaries are not the people of Burma. Local people in the project area have been removed from the area due to these developments. Even if they receive compensation, they receive only a small amount. China and Thailand bring all the building materials needed for the project. Thousands of Chinese workers were brought to the project without the use of Burmese workers in Myanmar.

The growing population of Chinese workers and their families has caused concern among locals. It is now estimated that the number of people living in Shwe Kok is about half a million. Of these 500,000, the majority are Chinese. Concerns have not been lessened as Chinese security forces have blocked access to media and local people to learn more about what is happening in the project area, as there has been no transparency about these development projects. No negative impact on the existing Myawaddy project has yet to be considered.

The huge Chinese development projects undertaken in ShweKa are not limited to Burma alone. The Chinese government is only part of a larger expansion route operating in the region. This is a Chinese-centered development project proposed by China in neighboring countries, with Chinese financial support being installed and installed as a trading mask. However, the project volume is too large; With the arrival of thousands of Chinese citizens, are these development projects really focused on investment? Or is it a threat to sovereign nations for host nations? Looking at what is really happening in the Golden Globes, there are hundreds of thousands of Chinese workers working freely in Burma without proper scrutiny. At the same time, the Myanmar people are living without the opportunities and benefits they receive from these development projects.

(U Tin Tin is the nickname of a local author. The views expressed in this article are not modernist titles.)