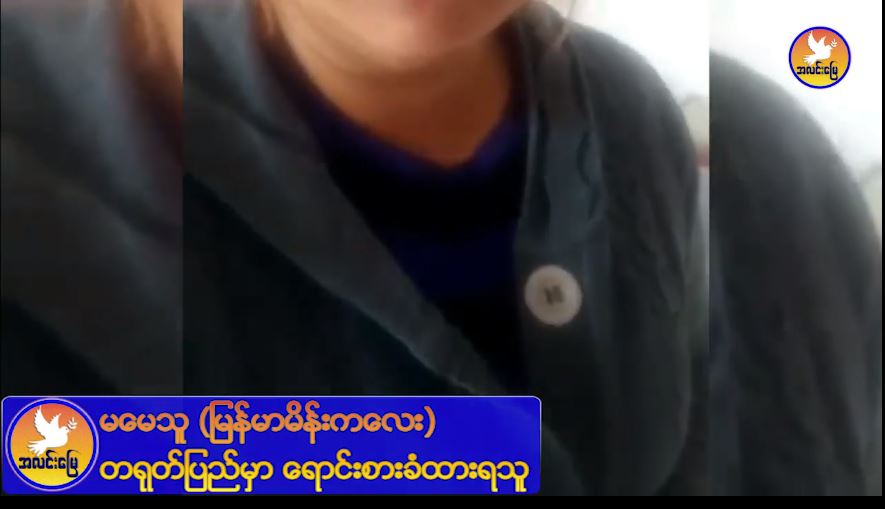 China has been trying to save two girls sold in China but has returned to Burma. Aid workers have been called to the 11th Trafficking Anti-Trafficking Police in Mandalay on February 11, 2020, because they have not been able to recover.

In August 2019 (5) on the end of the two women working Mandalay brokers must better pay incentives to help them were taken and sold as wives in China China to help divide ကူညီဆောင်ရွက်ပေးနေသူ Mandalay h machinery of social license, president and Aung Myat စစ်ကိုင်းမြို့နယ် Line Village Said.

Authorities will continue to work to rescue the two women as soon as possible.

“We do not know how the crisis was going on in their efforts to rescue them, so we came to the second police station after our meeting with the police,” he said. “We have said that,” said Kyaw Yin, chairman of the Vijayanagar Society in Mandalay.

“In that regard, Captain Aye Loo Paw said he would send all the credentials to save China to Muse.”

“We had not been sold. မြန်မာမိန်းကလေးတွေ way China has been able to save it there. We also can not save a lot. These we clearly about the risk of trafficking and help prevent the end of the 2019 Myanmar The police, in accordance with the theme of the police, in cooperation with the relevant foreign embassies that matter. We’re all working people on the staff in the news as a public service and, as such, even without any salary Too. Our child care responsibilities should continue the list, we will send the required information, as they continue responsibilities requirements will save you save trafficking paradigm must prevent future disease. Advance. You have to do education work. We want to do this as we join hands. So we need to offer it. We are doing it, ”said Aung Myat Min, a resident of Tait village in Sagaing Township.
News: Light Land
Video – Helpers