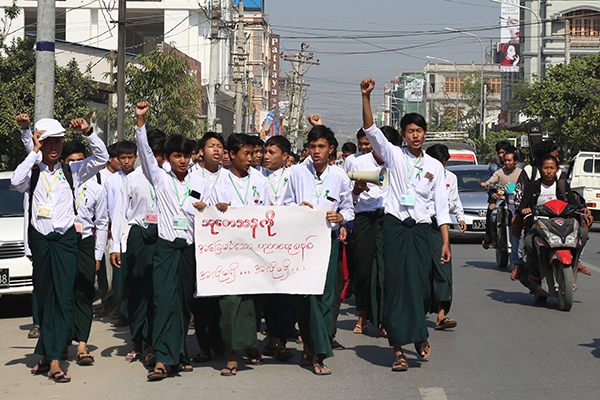 The Ministry also has an objective, purpose and purpose. There are goals. In March, there was an initial exam for exams. Now that goal is not lost. The decision was made by the public, “he said.

The meeting was chaired by the National Assembly Education Promotion Committee and attended by over 150 parliamentarians. The Union Minister explained the increase in school opening days but pointed out that the current situation is being criticized by the public.

“The Ministry of Education is right about this. But there is something that has not been widely publicized since the early days. It is happening now because it is not known to many. I think it is weak to speak publicly. ”

” It’s a little bit of relief now. Put it in front of regular schools. Lastly, the great government is behind it. It’s teachers The teachers are fine. The students are fine, ”he said.

Dr Zaw Myo Hlaing said that the current school year is the last year of the new education curriculum and the transition to the old curriculum can be challenging, and that there will be no conflict in the coming years under the new system.

The Ministry of Education has said that it will open the school until March 31, but has raised the deadline for March 25 to reduce the original six days to March 25, following a rise in criticism.

Then, Union Minister of Education Dr Myo Thaw Gyi and teachers met in Yangon this month to discuss the increase in school days, but no agreement was reached.